London – A City To Remember (London-Kursfahrt 2016)

During my trip to London, I experienced what it is like when several cultures from all around the world meet in one city. In the following report, I want to explain and show you my thoughts about the city and its monuments.

The week before our autumn holidays, we flew to London. When we arrived there, it was raining but in general, the weather over the week was quite decent and not what you would expect it to be: cold and rainy.  We lived in a hotel, near by the Wembley Stadium, which we visited already on the first day. On Sunday, we went to “Covent Garden” as well. The nature was great, but I would not visit it again. We got an underground ticket, which allowed us to get to several places in London for free. We used it very often and it was great not to have any temporal restrictions by the teachers in the afternoon.

On Monday, we met in the lobby of the hotel at 9:30 am, and took the tube to “the Globe Theatre”, a place we have been talking during our English lessons. Afterwards, we went to “Tate Modern”, a museum of art which I would not recommend to anybody because it was quite boring. In the afternoon, a friend and I bought tickets for the “London Eye”. It was quite expensive, but you have a great view on monuments like “Big Ben”.

On Tuesday, we visited the “British Museum” in the morning and “St. Pauls Cathedral” afterwards. It was exhausting to get up there but the view was worth it. In the “British Museum”, you could see a lot of exhibits about the British history, but we didn’t spend too much time in there. For lunch, we went to the city of London, where there are obviously a lot of shops and restaurants, especially “Starbucks” is very popular in the UK. In the evening we went back to the hotel and watched some movies or just relaxed after an exhausting day.

Wednesday was the second last day of our trip. We started the day with an interesting boat trip to Greenwich, where “the time begins”. Furthermore, we went to “Tower Bridge” in the evening, it looked great with all its light in the dark. Before we went back to the hotel, we bought some souvenirs to have some memories in the future of this great city.

On Thursday, our last day, we took the tube to “Madame Tussauds”, a wax museum, where you can see lots of celebrities from all around the world recreated in wax. We took lots of photos and really enjoyed our last day in London. Afterwards, we had to pack our suitcases and went together to the airport by underground. At around 9 pm, we said goodbye to London and flew back to Hannover where our families were awaiting us.

As a conclusion I can say that I really enjoyed this trip to London. Although many people from different cultures live there, they live peacefully together. Another point I was very impressed by is how fluently this city works, there were no accidents or incidents in the city although the cars were going very fast and people were crossing the street permanently. I can recommend to everybody to visit London, not just to see the monuments, but to see how well the different cultures live together. 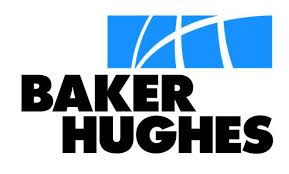